Howard Rosen serves as a partner in the Construction Law group at Peckar & Abramson. In this role, he represents construction companies and developers in private project transactions and disputes. He also has extensive experience litigating claims for public construction contractors in various courts and alternative dispute forums. 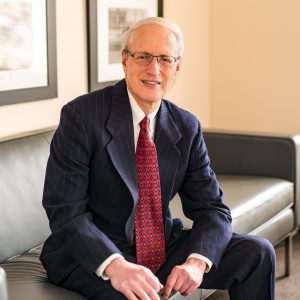 "The litigation of construction claims requires a highly nuanced understanding of the complexities of projects and of the industry at large."

Howard has been involved in numerous complex arbitrations, representing both claimants and respondents. For example, he has been lead attorney in international arbitrations under the administration of the ICC and ICDR involving substantial scope and delay claims arising from infrastructure projects, including the construction of power plants, among others. Howard has been successful in using mediation to achieve favorable settlements for clients in matters involving deficient design and defective construction claims arising from high-rise condominiums and commercial buildings. He has defended contractors against multimillion-dollar delay claims in state and federal reported court cases, has achieved significant recoveries on behalf of contractor clients, and has conducted jury and nonjury trials on breach of contract and construction claims.

Over his career, Howard has represented large and medium size contractors in pursuing multi-million dollar claims against the City of New York agencies (DSNY, DEP, DDC) and public authorities (MTA, NYCT, NYCHA, SCA) arising from a variety projects. He also represents several well-known affordable housing developers in securing access to adjoining properties to allow projects to proceed and has defended against these clients in legal actions brought by adjoining property owners.

Howard is a former Chairman of the Construction Law Committee of the Association of the Bar of the City of New York. He has organized and chaired numerous CLE programs on Effective Mediation in the Construction Industry and is a certified provider of a CLE programs on the New York Mechanic’s Lien Law and Adjacent Building Challenge to Construction in New York City. He is a former faculty member of the New York University Real Estate Institute, where he taught Construction Law for many years. For several years, Howard also served as an Associate Member on the Board of the Building Division of the Associated General Contractors of New York State (AGC NYS), as well as a member of the Public Contract Law and Construction Industry sections of the American Bar Association. Howard is also on the panel of construction arbitrators of the American Arbitration Association.

Howard is admitted to practice in the State of New York. He received his Bachelor of Science from Cornell University and his Juris Doctor from New York University School of Law.

• United States Court of Appeals for the Second Circuit

• Association of the Bar of the City of New York

• Peckar & Abramson Has the Largest Total Number of US Attorneys Ranked by Who’s Who Legal: Construction and is the Only US Firm in the Top Five; Denis Serkin One of Only Four US Attorneys Recognized as a Future Leader