“At P&A, we understand the complex web of federal, state and local regulations that impact construction projects and regularly help our clients avoid penalties.” 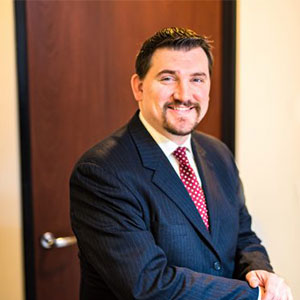 Mr. Scriven-Young  has counseled clients on compliance and/or permitting issues under the Clean Air Act, Clean Water Act, Emergency Planning and Community Right-to-Know Act, Resource Conservation and Recovery Act, and Toxic Substances Control Act. He has also helped clients take advantage of state and federal audit policies. In addition, he has advised clients on mergers and acquisitions concerning environmental liability and permitting issues, and conducted due diligence and prepared representations and warranties for corporate transactions.

Mr. Scriven-Young holds several leadership positions in bar associations and the community. He is presently a Member of the Chicago Bar Association (CBA) Board of Managers and Chair of the CBA Environmental Law Committee. He is an officer of the American Bar Association Young Lawyers Division (ABA YLD), serving as Assembly Speaker. He serves on the ABA Standing Committee on Technology and Information Systems. Mr. Scriven-Young also is a Member of the Board of Directors of the Public Interest Law Initiative (PILI).

Mr. Scriven-Young has been the recipient of several awards, including being named by Illinois Super Lawyers as a Super Lawyer in 2014 and as a Rising Star in 2011, 2012, and 2013. No more than 2.5 percent of the lawyers in the state of Illinois are named to the Rising Star list. He was also selected by DePaul University to a list of 14 successful alumni under 40 years old and profiled in DePaul Magazine. Mr. Scriven-Young’s bar association awards include the David C. Hilliard Award for Outstanding Committee Service from the CBA Young Lawyers Section and a Star of the Quarter Award from the ABA YLD. He has been listed in Who’s Who in America and Who’s Who in American Law. Mr. Scriven-Young was a Fellow of the Public Interest Law Initiative (PILI) and formerly served on the PILI Alumni Network Leadership Council.

United States District Court for the Northern District of Illinois

United States District Court for the Eastern District of Wisconsin

United States District Court for the Northern District of Indiana

Alliance for the Great Lakes, Great Lakes Stewardship Award for Advocate of the Year