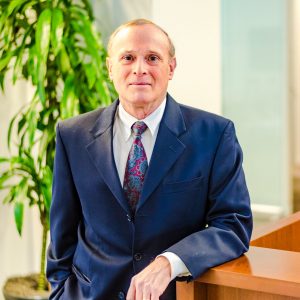 "Given the ever-expanding complexities in the market today, P&A consistently stays ahead of industry trends to help clients avoid potential disputes.”

Ron has a range of specialized experience, in both the public and private sectors, in energy and defense matters, including competing for and performing United States military contracts. He represents clients in regulatory, compliance and legislative matters affecting the operations of petroleum companies and defense contractors.

Ron represents energy and defense firms before federal, state and local courts and agencies in transactions, contracts and disputes. He appears as counsel before Defense Department agencies (DLA-Energy), military commands, Boards of Contract Appeals, the Government Accountability Office, the United States Court of Federal Claims and other forums. Ron’s professional work includes bidding and negotiation of contracts, litigation of contract claims, congressional and criminal investigations, the amicable settlement of disputes, and planning how to win and expand government business. Among the more significant matters he has handled are:

Ron is the author of Selling Energy to the United States Military, National Petrochemical and Refiners Association, 1999 and Facing a Fraud Investigation, Federal Publications, Inc., 1986. He speaks to government and industry groups on energy and defense matters. Ron has been quoted in Newsweek, The Nation, The Washington Post, The New York Times and The Miami Herald on energy and defense contracting issues.

Ron served for 10 years as an attorney with DLA-Energy (formerly the Defense Energy Support Center) and the Department of Justice (Defense Procurement Fraud Unit). He is a graduate of the State University of New York and the George Washington University National Law Center. He is a member of the bars of the District of Columbia and Virginia and is admitted to practice before the United States Court of Federal Claims, United States District Court for the District of Columbia and the United States District Court for the Eastern District of Virginia.

• United States District Court for the District of Columbia

• United States District Court for the Eastern District of Virginia

• Quoted in Newsweek, The Nation, The Washington Post, The New York Times and The Miami Herald on energy and defense contracting issues.