Richard Preiss is of counsel in the interdisciplinary corporate support group at Peckar & Abramson. He focuses his practice on regulatory compliance, creation and implementation of compliance programs, governmental relations, internal investigations and white-collar criminal defense.

“Our Corporate Law Group offers clients a comprehensive, long-term approach to navigating the heightened scrutiny of the current regulatory environment.” 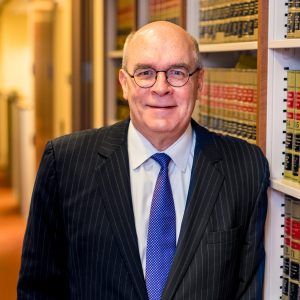 Richard is a recipient of the United States Department of Justice Assistant Attorney General’s National Asset Forfeiture Award for Outstanding Investigation and the Assistant Attorney General’s Award for Distinguished Service. He has been a frequent guest speaker at various important symposia, conferences and seminars, including the Symposium on Economic Crime at Jesus College, Cambridge University, a seminar for in-house compliance officers from major United Kingdom financial institutions in London; the East-West Management Institute Workshop in Slovenia for Eastern European judges and prosecutors; the annual Meeting of the Association of American Law Schools at San Antonio, Texas; the Marshall-Wythe School of Law at the College of William and Mary; and Temple University School of Law.

United States Court of Appeals for the Second Circuit

“Compliance Programs: When they work and when they don’t,” AGC of America Newsletter, Volume 1, Number 4, September 2015

Richard T. Preiss Spoke at the 29th Annual Meeting of the American College of Construction Lawyers