“I am proud to represent the builders of the world.  I get what they do.  My goal is to provide practical counsel to builders, so they can succeed at doing what they do best: build projects.” 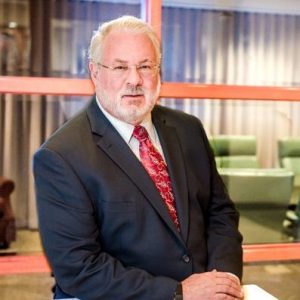 Jeff represents contractors, developers, owners, specialty contractors, and sureties in all facets of the construction process, from the preparation of contract documents, to counseling on business and legal issues that arise during projects, and the resolution of disputes. He has extensive experience as a mediator and arbitrator, and is an active member of the American Arbitration Association’s Large Complex Construction Case Panel of Construction Arbitrators.

A highly proficient litigator, Jeff has successfully defended numerous contractors in cases involving claims of alleged defective construction. He is well-versed in negotiating complex settlements of claims, both within the United States and abroad, and has prepared and negotiated major design and construction agreements for numerous high-profile projects, including a multi-building headquarters for one of the world’s leading technology companies.

When it comes to understanding the landscape of the construction industry, there are few lawyers as experienced as Jeff. He has become one of the most sought after professionals in the field, because of both his legal acumen, as well as his personal commitment to his clients.

United States District Court for the Northern District of Texas

United States District Court for the Eastern District of Texas

United States District Court for the Western District of Texas

United States Court of Appeals for the Fifth Circuit

University of Texas at Austin, J.D.

Texas Board of Legal Specialization: Board Certified – Construction Law

Peckar & Abramson Has the Largest Total Number of US Attorneys Ranked by Who’s Who Legal: Construction and is the Only US Firm in the Top Five; Denis Serkin One of Only Four US Attorneys Recognized as a Future Leader