Brian Smith is Special Infrastructure Counsel in Peckar & Abramson’s New York office, where he represents a wide range of clients in connection with construction and civil infrastructure projects. With over thirty years of experience in public construction transactions and related contracts, he provides clients with a wealth of expertise in projects related to the development of road, bridge, rail and airport projects. Mr. Smith frequently advises clients involved in major transportation and other civil infrastructure projects in the New York metropolitan area and across the United States.

“Throughout my professional life, I have sought first to solve problems and get projects up and running. That, to me, is how we at P&A deliver Results First ℠.” 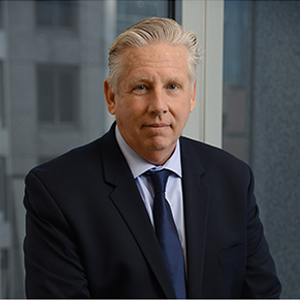 Prior to joining Peckar & Abramson, Mr. Smith served as Attorney with the Port Authority of New York and New Jersey, where he was directly responsible for all aspects of the agency’s construction contracts, including advising on contractual and commercial risk, contract negotiation and joint venture contracts. He and his team handled all contract drafting, negotiation, claim avoidance and dispute resolution, and he was responsible for oversight of legal issues arising out of project implementation. Throughout the course of his career with the Port Authority, he handled and had oversight for numerous engineering & construction contracts, including design-build and Public-Private Partnerships (P3s or PPPs).

Among his more recent mandates at the Port Authority, Mr. Smith oversaw the replacement of the Goethals Bridge, a Public-Private Partnership, and the Port Authority’s first cable-stayed bridge construction project. Involved since the project’s inception, Mr. Smith led a team of attorneys involved in all facets of project implementation including environmental review and due diligence, issues of property ownership/rights, property acquisition, third party agreements, FHWA compliance, master utility and other third party agreements, risk allocation issues, as well as the RFP development and selection process. Beyond Design-Bid-Build and PPP, Mr. Smith has significant experience in Design-Build projects, the most recent concerning the construction of Newark-Liberty Airport’s new Terminal One where he acted on behalf of the Port Authority.

Mr. Smith has served the Association of the Bar of the City of New York as Secretary of the Construction Law Committee. He is admitted to practice in the State of New York and received his J.D. from Brooklyn Law School and his B.E. in Marine Engineering from the State University of New York at Fort Schuyler, Maritime College.